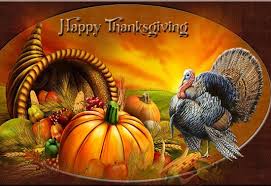 Thanksgiving  is an annual Canadian holiday, held on the second Monday in October, which celebrates the harvest and other blessings of the past year.

While the actual Thanksgiving holiday is on a Monday, Canadians may gather for their Thanksgiving feast on any day during the long weekend; however, Sunday is considered the most common. Foods traditionally served at Thanksgiving include roasted turkey, stuffing, mashed potatoes with gravy, sweet potatoes, cranberry sauce, sweet corn, various autumn vegetables (mainly various kinds of squashes but also Brussels sprouts), and pumpkin pie. Baked ham and apple pie are also fairly common