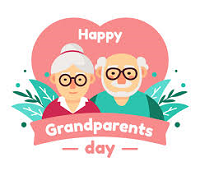 Written by Rose MacNeil. Posted in Did You Know

Written by Rose MacNeil. Posted in Did You Know

Labour Day is a statutory national holiday celebrated throughout Canada on the first Monday in September.

While some Labour Day parades and picnics are organized by unions, most Canadians simply regard Labour Day as the Monday of the last long weekend of summer. Families with school-age children take it as the last chance to travel before the end of summer. Some teenagers and young adults view it as the last weekend for parties before returning to school, which traditionally begin their new year the day after. 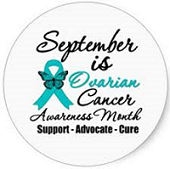 Thousands of women are living with ovarian cancer in Canada. It is estimated that this year 3,100 Canadian women will be newly diagnosed with this disease. Ovarian cancer is the 5th most common cancer for women and is the most serious women’s cancer.

Symptoms may include persistent bloating, pelvic or abdominal pain, difficulty eating or feeling full quickly and frequent urination. Knowing the early signs and symptoms of ovarian cancer can lead to early diagnosis and life-saving treatment.

September’s birthstone is the sapphire.

The birth flowers for September are the forget-me-not, morning glory and aster.

The zodiac signs for the month of September are Virgo (until September 22) and Libra (September 23 onwards).

Arthritis is a term used to describe a group of over 100 diseases characterized by inflammation in the joints or other areas of the body. Inflammation is a medical term that describes redness and swelling which causes pain and, when in the joints, can also cause stiffness. Left unchecked, inflammation can lead to significant and often irreparable damage to the affected areas, resulting in loss of function and disability.

Arthritis is a chronic condition: it affects people on an ongoing, constant or recurring basis over months, years, even a lifetime.