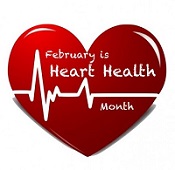 February is Heart Month, a time to bring attention to the importance of cardiovascular health, and what we can to reduce our risk of cardiovascular disease. Heart disease affects approximately 2.4 million Canadian adults and […]

February’s full moon is called Snow Moon Its birth flowers are the violet (Viola), the common primrose (Primula vulgaris), and the Iris. Its birthstone is the amethyst. It symbolizes piety, humility, spiritual wisdom, and sincerity. The zodiac signs for the […]

Every February, people across Canada participate in Black History Month events and festivities that honour the legacy of Black Canadians and their communities.  The theme for 2023 is Black Resistance, established by the the Association for […]

Latest News from The Coast…

The province says people eligible for the remaining Storm Fiona financial assistance programs have until February 24th to apply.

The funding includes $250 for property owners and tenants to help with removing trees, as well as funding for people in the agriculture and aquaculture industries.

There’s also the Disaster Financial Assistance Program that’s designed to help Nova Scotians, municipalities, small businesses, and not-for-profit groups get back on their feet after a major storm or natural disaster.

There’s no deadline for municipalities to apply to the program.

Links to applications for financial support for individuals, non-profits, businesses and the agriculture and forestry sectors are available online at:

The Cape Breton University Faculty Association says its members have voted to accept a tentative contract.

It says 203 union members voted 83.7% in favour of accepting the terms of the offer.

The tentative agreement was reached late Sunday afternoon after months of negotiations, with the help of a provincial conciliator.

The university was originally offering eight per cent over three years, while the union was looking for a 14 per cent raise over two years.

It says the cancellation is because of an ongoing cleanup of water damage that happened at the school over the weekend.

The Centre says the problem was caused by freezing temperatures.

The provincial government has accepted the recommendations of the Minimum Wage Committee.

That means the minimum wage in Nova Scotia will reach $15 an hour on October 1st.

Last month, the Committee recommended an increase to the minimum wage of 90 cents an hour, bringing it to $14.50 on April 1st.

It then proposed another increase of 50 cents an hour to reach $15 an hour on October 1st.

At the time, the government said it would look for input from community partners before making a decision on the committee's recommendations.

The Cape Breton University Faculty Association says it’s getting support on the picket line today from university faculty from across Canada.

The Faculty Association says donations of money will be presented to it at 11:30 this morning, including a million dollar line of credit from the Canadian Association of University Teachers.

The more than 200 members of the Faculty Association have been on strike for a week with wages and respect from Administration being the main outstanding issues.