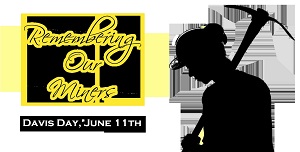 Davis Day originated in memory of William Davis, a coal miner who was killed during a mining strike near the town of New Waterford.

Davis was shot and killed at approximately 11:00 AM on June 11, 1925 and many other miners were injured, when striking miners were charged by the company police force, whose officers fired over 300 shots.