Canadians recognize Remembrance Day, originally called Armistice Day, every 11 November at 11 a.m. It marks the end of hostilities during the First World War and an opportunity to recall all those who have served in the nation’s defence.

Remembrance Day ceremonies were usually held at community cenotaphs and war memorials, or sometimes at schools or in other public places. Two minutes of silence, the playing of the Last Post, the recitation of In Flanders Fields, and the wearing of poppies quickly became associated with the ceremony 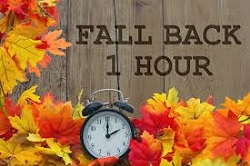 The first Sunday of November marks the time when Daylight Saving Time ends  and the clocks go backward one hour at 2 a.m. This means that the days become shorter and it becomes dark earlier. This year Daylight Saving will end on Sunday, 6 November 2022 at 2 AM.

This year Music Nova Scotia will focus its international delegate program on the United Kingdom and United States, while still bringing in important music industry movers and shakers from across Canada and Europe. This diverse group of industry professionals will explore topics touching on alternative careers, playlisting, climate mitigation, revenue streams and much more!

Written by rose2. Posted in Did You Know, Featured

Written by rose2. Posted in Did You Know, Featured

Osteoporosis is a disease characterized by low bone mass and deterioration of bone tissue, which can lead to increased risk of fracture. Known as the “silent thief”, bone deterioration can occur over a number of years without presenting any symptoms.

Osteoporosis can affect people at almost any age, but in Canada it is most common among those who are age 50+. Two million Canadians are affected by osteoporosis, and at least one in three women and one in five men will break a bone due to osteoporosis in their lifetime, according to Osteoporosis Canada