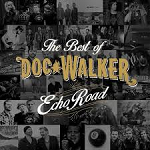 Doc Walker, Artist of the Week

Written by Editor. Posted in Uncategorized

Even with several mantelpieces worth of hardware to their credit, and a growing international profile that has resulted in three Australian tours, the band refuses to rest on past laurels “With every new album we evolve to some degree. I think it’s exciting to go to work and not know what’s going to happen next.”

The band‟s seventh album, 16 & 1, released in 2011, was a bit of a sea change for the group musically, but still reflected the values that have made the band enduringly popular over time.

Fresh off of the 2016 CCMA Awards, which saw Doc Walker host the SOCAN Songwriter Series, the Country music legends are gearing up for a fall tour, with Echo Road: The Best of Doc Walker set for release on September 30, 2016.

“Releasing this album just after spending some time in London, Ontario for the 2016 CCMA Awards has led us to reflect over the last twenty years,” said lead singer Chris Thorsteinson. “We can’t wait to be back out on tour and engaging directly with our fans; at the end of the day that is what we love the most.”

“Our music speaks to the pride we have in our roots, and the gratitude we have to the fans,” says lead singer Chris Thorsteinson, “and that is the most important thing. At the end of the day, all we want to do is write a record that we love, and that we know our fans are going to love and want to sing along to.”

With six kids between them, an upcoming Fall tour, and an album of new material planned for March 2017, the pair will take that downtime where they can. “It’s busy, but being busy is a good thing,” says Thorsteinson. Wasyliw agrees, “We’re going on our tenth record. Echo Road is more of an evolution than a catalogue of our work,” he says, describing it as a “best of, so far.”