May’s birthstone is the emerald which is emblematic of love and success.

The May birth flowers are the Lily of the Valley and the Crataegus monogyna. Both are native throughout the cool temperate Northern Hemisphere in Asia, Europe, and in the southern Appalachian Mountains in the United States, but have been naturalized throughout the temperate climatic world.

The “Mayflower” Epigaea repens is a North American harbinger of May, and the floral emblem of both Nova Scotia and Massachusetts. Its native range extends from Newfoundland south to Florida, west to Kentucky in the southern range, and to Northwest Territories in the north. 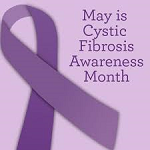 Cystic fibrosis (CF) is a genetic disorder that affects mostly the lungs, but also the pancreas, liver, kidneys, and intestine. Long-term issues include difficulty breathing and coughing up mucus as a result of frequent lung infections. Other signs and symptoms may include sinus infections, poor growth, fatty stool, clubbing of the fingers and toes, and infertility in most males. Different people may have different degrees of symptoms.

National Administrative Professionals’ Day, also known as Secretaries Day or Admin Day, recognizes the professionals who keep an office running smoothly every day. Celebrate these professionals on the Wednesday of the last full week in April of each year. 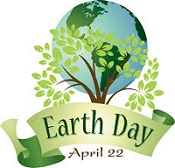 On April 22, more than a billion people celebrate Earth Day to protect the planet from things like pollution and deforestation. By taking part in activities like picking up litter and planting trees, we’re making our world a happier, healthier place to live.

Every year on April 22, Earth Day marks the anniversary of the birth of the modern environmental movement in 1970. 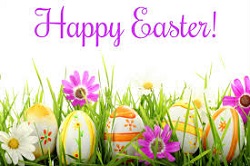 Easter also called Resurrection Sunday or Pascha is one of the most important days in the Christian faith commemorating the resurrection of Jesus Christ from the dead according to the New Testament.

A modern custom in the Western world is to substitute decorated chocolate, or plastic eggs filled with candy such as jellybeans; as many people give up sweets as their Lenten sacrifice, individuals enjoy them at Easter after having abstained from them during the preceding forty days of Lent.

In some traditions the children put out their empty baskets for the Easter bunny to fill while they sleep. They wake to find their baskets filled with candy eggs and other treats