Dallas Smith, Artist of the Week 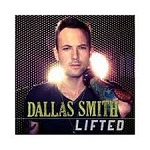 Before his solo career, Dallas Smith was the lead singer of multi-platinum rock outfit Default. Default are best known for their number one single “Wasting My Time“.

Dallas Smith always had a passion for music growing up. Some of his main influences were The Beatles and female country singers Reba McEntire and The Judds. Due to his shyness, Smith was reluctant to express his musical talent until he made the decision to face his fear and play cover songs with a band consisting of some of his friends. He signed his first record deal when he was 21.

Hailing from British Columbia, Dallas Smith is skyrocketing to the very top of the Country music scene. His 2012 debut album “Jumped Right In” generated 5 singles in the Canadian Hot 100, including the GOLD selling title-track, garnered five CCMA Award nominations and was nominated for Country Album of the Year at the 2013 JUNO Awards. Following a slew of sold out tour dates with Florida Georgia Line and Bob Seger, Smith released 2013’s “Tippin’ Point EP”, making his debut in the U.S. and setting the bar high while representing Canadian Country music’s cutting edge sound. Co-written by Florida Georgia Line’s Brian Kelley and Tyler Hubbard along with The Cadillac Three’s Jaren Johnston, “Tippin’ Point” set the record as the fastest Canadian country single to go GOLD in history. Additionally, Smith topped SiriusXM’s The Highway Hot 45 Countdown and most recently added the title of ‘platinum-selling country artist’ to his repertoire with the announcement that “Tippin’ Point” had been certified PLATINUM. Amassing national appeal, Smith netted three 2014 CCMA Award nominations including Single, Album and Male Artist of the Year and is the first Canadian country artist to have 8 singles reach the Top 10 at radio in Canada. Following a summer of notable festival dates, including an outstanding headline performance in front of 25,000 fans at the Boots And Hearts Music Festival, and a record breaking performance at the Craven Country Jamboree where he drew over 12,000 fans and shattered attendance records, Smith announced the release of his second full-length country album Lifted on November 25th. Lifted reunites Smith with prized producer Joey Moi (Florida Georgia Line, Jake Owen) and is followed by the 2015 headline “Tippin’ Point Tour”.

Smith married his longtime girlfriend Kristen in 2012 and has a son named Carson. In 2014, Kristen gave birth to their baby girl, Vayda.