The Department of Health says eligibility criteria are being expanded to allow more licensed practical nurses to qualify for Bachelor of Science, nursing programs at Cape Breton University and St. F. X. University.

It says the change will allow LPN’s to use their existing education and experience to more quickly complete the nursing program and become Registered Nurses.

The Department says eligibility is being expanded to include LPN graduates from out-of-province programs, as well as graduates from Community College before 2008.

In the past, only graduates from 2008 or later were eligible.

The changes take effect for students beginning their studies in the 2022-23 academic year.

ALS Awareness Month is a campaign to spread awareness of and raise funds for research for a cure for ALS (amyotrophic lateral sclerosis, also known as Lou Gehrig’s Disease). 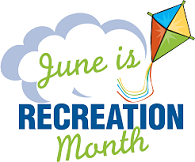 CPRA celebrates the month of June as Parks and Recreation Month. The month provides the opportunity to raise awareness about the importance of parks and recreation and the role it plays in the quality of life for all Canadians.

Access to park and recreation is a fundamental human need that helps foster personal health, strong communities, and social inclusion.

The birth flowers are rose and honeysuckle.

The zodiac signs for the month of June are Gemini (until June 20) and Cancer (from June 21 onwards). Both of these dates are for United States Eastern Daylight Time. For the world UT/GMT the dates are 19–20