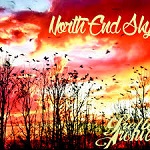 Pretty Archie, Artist of the Week

Pretty Archie is a Country/Folk/Bluegrass band from Cape Breton. Long-time friends Brian Cathcart (Lead Vocals, Guitar), Matt McNeil (Lead Guitar, Mandolin) and Colin Gillis (Harmonica, Bass, Vocals) and Redmond MacDougall (Banjo, Percussion, Vocals) make up this quartet. Always jamming together growing up, they guys decided in May 2012 to form a band. The band chose the name Pretty Archie after a local (Cape Breton) character known for playing with 2 strings outside shopping malls in any weather and not always (or ever) in key. The guys thought the name Pretty Archie embodied the love of playing and performing music along with representing their hometown.
Being in a band these days, you really have to work at it. Putting out a record alone isn’t going to reach the same audience that going on tour could bring you,” he says. “It’s been a steady climb for us but we’ve reached the point where, in some cities, we are seeing the fruits of our labour pay off by playing bigger venues or just all around better clubs. Touring is definitely a process but it’s an enjoyable one, at the very least. The four of us are such close friends, I consider myself lucky to be able to do this with three of my best buddies.”