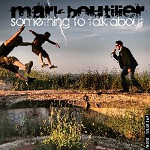 Mark Boutilier, Artist of the Week

“Mark Boutilier, born March 6, 1985 – raised in North Sydney, Nova Scotia, is an emerging Canadian singer-songwriter. After successful completion of the Music Technology program at McKenzie College in Sydney, Mark focused his ambitions on songwriting.
He is one-part small-town guy mixed with two-parts big city aspiration. There’s no way else to describe him. Nestled in one of Canada’s most isolated demographics, you’d never expect to see an artist with such brilliant on-line presence so early on in his musical journey. Mark realized at a young age that to make it big, one might have to head in a westerly fashion. Despite this, he is proud to call Cape Breton his permanent residence although he is logical in his pursuit towards a full-time career in music: “I would always entertain moving to a city center if my music started to get recognized nationally. That’s a reality in the music biz.”
Mark cannot deny his musical influences: the Script, Lifehouse, the Fray, Jason Mraz and even modern, alt-rock vocalists like Raine Maida, Johnny Rzeznick and Jon Foreman to name a few. Mark’s soulful vocal hearkens back to the likes of Lou Gramm and Bryan Adams; all the while lending itself to something current yet timeless.
After a short hiatus from performing and writing with his local band “Fallin'”, Mark started recording in September of 2009 with Mark Scott, owner/operator of Smashbox studio in Dominion, Nova Scotia. It was there he started to carve out the foundations of his future as a solo artist faced with the task of making an all-acoustic EP. “My mindset when I first entered the studio was to quickly create an album using only acoustic guitar and strings – to give people a sample of my singing-songwriting chops as quickly as possible. I just wanted my music to be available. I started in September and I wanted to be finished in January.