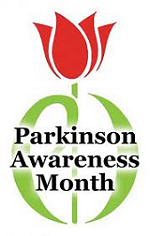 Parkinson’s Disease is often misunderstood by many, and for those who have it, it can be hard to get the resources you need to handle everyday life. This month is all about bringing awareness to […]

April’s birthstone is the diamond. The birth flower is typically listed as either the Daisy or the Sweet Pea. The zodiac signs for the month of April are Aries (until April 20) and Taurus (April […] 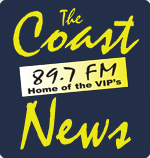 Regional Police have taken to social media to ask people to stop sharing a video that shows a confrontation that’s said to be between students at Riverview High School in Coxheath. Police are asking people […]

Latest News from The Coast…

Acting Regional Police Chief Robert Walsh says his officers have laid charges for violations of the province’s COVID-19 restrictions. Walsh says police started out by trying to educate people but have now switched to enforcement. Walsh doesn’t say what people have been ticketed for. Elsewhere in the province, people have been fined for going to parks or playing fields that have been shutdown during the pandemic. People can also be issued a summary offence ticket for failing to isolate at home for 14 days when they return from outside the province.

The McCurdy Sydney Airport says Air Canada is suspending all its flights to and from Sydney effective tomorrow. The suspension of service is due to continue until April 30th and could extend into May. The Airport says anyone who had travel plans with Air Canada from Sydney should contact the airline directly. Air Canada is laying off more than 16-thousand workers and cutting routes because of the COVID-19 pandemic.

Mayor Cecil Clarke says there are confirmed cases of COVID-19 in the Regional Municipality. He says all the local cases are from travel and he doesn’t have an exact number. Clarke says people need to continue to practice the measures meant to limit the spread of the virus. The province plans to release maps showing cases of COVID-19 in the four health zones. Cape Breton is in the eastern zone that also includes Antigonish and Guysborough counties.

The owners of the Donkin Mine say the mine is closing for good. Kameron Collieries blames what it calls adverse geological conditions in the mine for the shutdown. The mine has been plagued by a series of roof falls that have temporarily suspended operations. Kameron says the mine will not be sealed but maintained by a small staff to ventilate it and keep it dewatered. It says it’s disappointed circumstances compelled it to make the decision and thanks its workforce and the community for their support.

Cause Of Weekend Fires Under Investigation

Two fires in the Regional Municipality on the weekend are still under investigation. A New Waterford woman who was visiting her mother died in yesterday’s early morning fire at the Curran Court Seniors complex in New Waterford. The fire was in one unit of the building and 30 people have been temporarily forced from their homes. And a blaze on Charlotte Street in Sydney on Saturday night destroyed the building and forced 22 people from their homes. Eleven people from the building next door were temporarily evacuated as a precaution but will be able to return to their homes.